One of the heroes of hair, Nick Arrojo was recently voted best hair pro at the Future Pros Style Awards. Nick Arrojo started his career with Vidal Sassoon in Manchester England. He stayed with Vidal Sassoon for ten years and then began a career with the Wella Team in London. In 1994 he became Director of Education for Bumble & Bumble in New York City. He also opened Arrojo Cutler in 1994, realizing his dream to open his own salon. Three years later he became Global Master for Aveda. Nick Arrojo is known for his innovative razor techniques that revolutionized the hair styling industry. He is recognized as one of the premier master stylists in the world today.

In September of 2001, he opened Arrojo Studio. His custom designed studio that not only serves celebrity clients such as Minnie Driver, Liev Schreiber, Yamila Diaz, Melissa Keller and Bryan Adams, but also educates new and experienced hairdressers at Arrojo Education, Arrojo Creative and Arrojo Color Studio. Arrojo takes his vision and experience and shares it with fellow creative stylists to enhance the entire beauty industry.

Nick Arrojo is known internationally for his appearances on TLC’s What Not to Wear for seven seasons. He also taught Queer Eye for the Straight Guy’s, Kyan Douglas the art of hair color. He is the author of several “how to” books and has launched his own product line, Arrojo. Currently he serves as Special Creative Artist for Wella. Designers and stylists alike look to him for inspiration and education. Nick Arrojo is not only a talented and experienced master stylist, he has become a respected and revered force in the beauty industry.

Congratulations to Nick. Well deserved. And also bully for runner up Oscar Blandi on Madison Avenue.

The bob cut was born in 1865 but gained international popularity in the 1920s during the flapper era. These bold women wore their hair short, falling between the ears and the chin. It was considered the mark of the liberated woman. 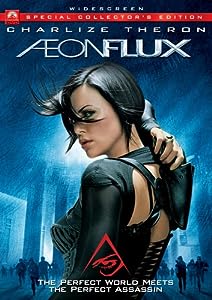 In 1960, Vidal Sassoon re-invented the bob, making it more stylish albeit simpler. This coincided with the popularity of the “mop top” hairstyle for men –  influenced by the Beatles. The bob endured throughout the decades and has since then been transformed into several varieties. A modern take on the bob was sported by Charlize Theron in the film “Aeon Flux”.

Theron’s character, Aeon Flux, is based on the cyberpunk heroine from MTV. Theron’s hair made her look simultaneously chic and athletic.

Basically, the haircut is a very short inverted bob with the hair cut as high as the base of the head and angled sharply with the tips of the fringe at chin length. It is short enough to give you freedom of movement but long enough to be able to style it differently when the mood strikes you.

To style your hair a la Aeon Flux, use either a styling gel or hair wax after drying your hair and comb it down to make it hug your head, making for a streamlined, sleek look.  Your stylist can give you the bob cut you want. Then have a go and try out Aeon Flux’s hairstyle. Unleash the cyberpunk heroine within you.